Cabernet Sauvignon is one of the world's most widely recognized French red wine grape varieties. It is grown in nearly every major wine producing country among a diverse spectrum of climates.

Our Dell'uva Wines Cabernet Sauvignon are a mixture of newly imported French clones resulting in quite amazing wines when compared to the old clones in Australia.

Our Cabernet Sauvignon displays lovely aromas of black currant and blackberries and spice. A soft full palate of black cherries and black olive notes. Fine tannins in a long finish a wine to enjoy and savour. 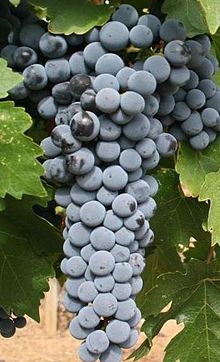